A 44-year-old female had endocarditis and got a bioprosthetic tricuspid valve replacement in 2001. She developed severe acute dyspnoea and was diagnosed with atrial fibrillation in October 2019. She was started on warfarin. Transthoracic echocardiography (TTE) showed a mean gradient (MG) of 9 mmHg across the prosthetic valve. Her tricuspid stenosis was considered mild. In march 2020, she developed some pain and swelling in her left arm and neck and her dyspnoea became worse. She underwent a computed tomography angiography (CTA), which showed pulmonary embolism and TRA that extended into the superior vena cava, subclavian, left brachiocephalic and axillary vein. Her TTE showed MG 10 mm Hg, and her tricuspid stenosis was moderate. She was switched from warfarin to rivaroxaban. There was worsening of dyspnoea with oedema and abdominal distension but improvement in swelling in the left arm. She was supposed to visit a specialised Valve Center but was unable to due to the coronavirus disease 2019. In April 2020, she had a consultation at Mayo Clinic. Due to a suspicion of severe bioprosthesis tricuspid stenosis, she was administered intravenous unfractionated heparin on admission. A TTE and four-dimensional CTA were carried out.

Her TTE showed a heavily calcified bioprosthesis that was not moving with critical stenosis with an MG 11mm Hg. Her right atrium was enlarged and compressing the left atrium.A four-dimensional CTA showed a large TRA with the bioprosthesis immobilised in a partially open position. A colour doppler on her TTE showed enlargement in her right ventricle and a low-velocity tricuspid regurgitation signal which caused suspicion towards tricuspid regurgitation.

She was recommended for surgical intervention. Intraoperative TTE showed immobile bioprosthesis, tricuspid regurgitation and TRA. The calcified valve was replaced with a 31 mm bioprosthesis, and the TRA was removed.

TTE performed postoperatively showed that the bioprosthesis functioned well with improvement in symptoms. She was started on warfarin. 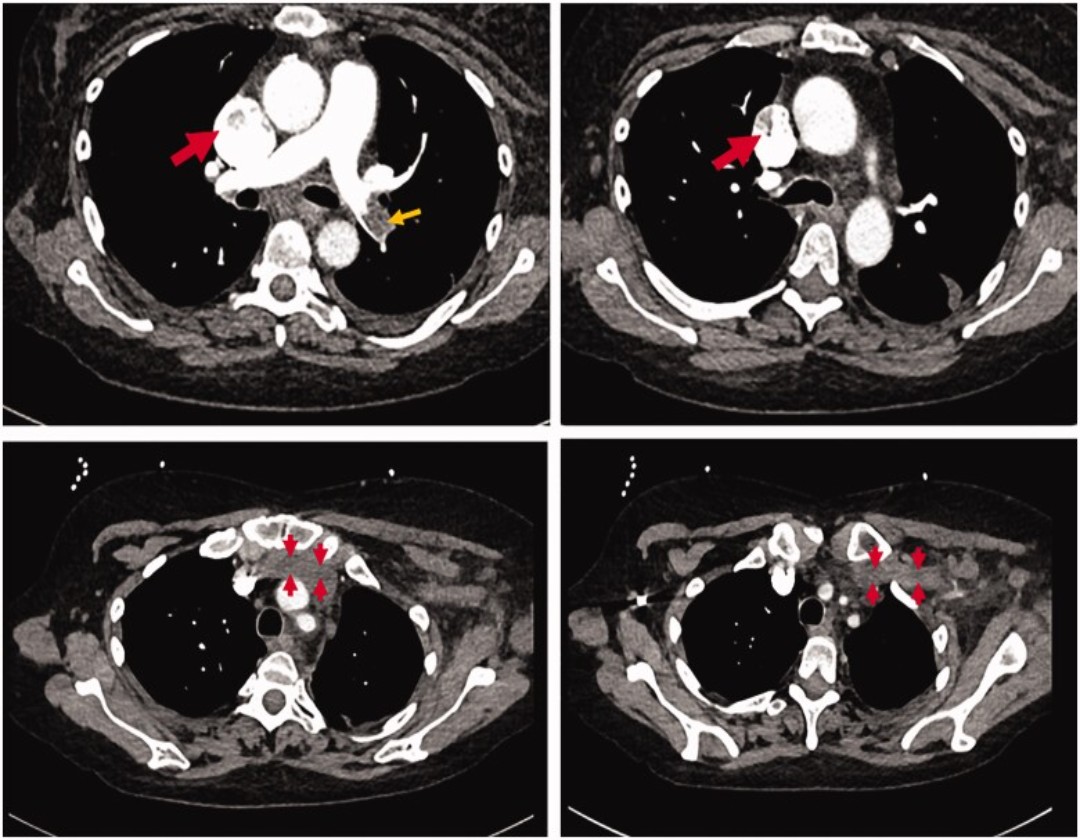 The ideal age at which a first CAC scan has the highest utility according to atherosclerotic cardiovascular disease (ASCVD) risk factor profile. ...