Despite the fact that treatments such as early percutaneous coronary artery interventions (PCI) and mechanical circulatory support such as intra-aortic balloon pump (IABP), individuals with an acute coronary syndrome (ACS) and cardiogenic shock have a significantly high mortality rate. The Society for Cardiovascular Angiography and Interventions (SCAI) created a categorization for the cardiogenic shock that divides the severity of the condition into five categories, ranging from A to E. Using this classification, it would be possible to determine the fatality rate in patients who had PC and intra-aortic balloon pump (IABP) implantation at an early stage with less severe cardiogenic shock.

The purpose of this study was to determine the mortality rate in those with ACS and cardiogenic shock who underwent PCI and IABP implantation based on the SCAI classification of cardiogenic shock.

A total of 57 patients were enrolled in this study, of which 39 were male. The median age of the patients was 65. Hypertension, dyslipidemia, diabetes, and prior coronary artery disease were present in 28, 18, 14, and 9 patients, respectively.

From stages A to E, the death rates were 0%, 0%, 16%, 70%, and 69% respectively. Stages A-C had a mean left ventricle ejection fraction (LVEF) of 33,2 percent ± 9,4 percent, while stages D-E had a mean LVEF of 31,4 percent ±12,1 percent. No major bleedings related to the IABP access site or peripheral ischemic complications were reported. 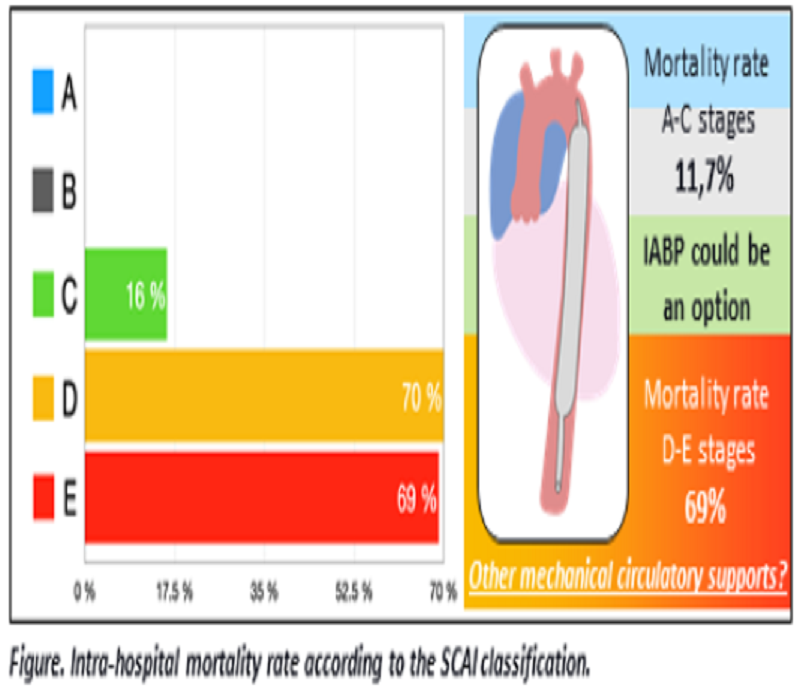 Study of clinical outcomes of an everolimus-eluting bioresorbable scaffold

A study confirmed the safety of everolimus-eluting bioresorbable scaffold in 379 patients at 4 years based on long-term registry data. ...

Quantitative flow ratio is a cheap, convenient, and safe method that can be used for assessment and clinical decision-making. It also exhibits optima ...